I did produce a new video about, why you should always and only use RAW-formate, if your camera is able to save RAW.

First, this is to keep control to the contrast.

RAW-formate is the only, you should take photos with!

Very often contrast is by far to strong for prints, and even to strong for your screen. Once Ansel Adams developed something we call the „zone system“. That is a system to treat your negative film with specific exposure and a specific chemical developement. Ansel Adams was not the only one who know about that: it was a common knowledge for former photographers. However, Ansel Adams was the one who made it up to his mastery – and book published, so that everyone could know, who was interested in. 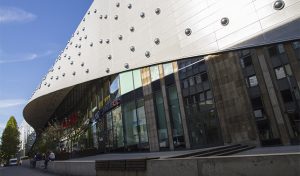 With sensors in your digital camera, however, that are able to care about high contrast you can manage contrast without taking the long way through „zone system“. The only thing you have to do is to save your shots in RAW-formate.

Second, it is to keep any and every detail of the image you’ve shot with your camera.

JPEG is not for use on camera data space!

The intension of JPEG is to handle your digital space economically. That is the reason why JPEG kills details and why JPEG kills your photos! JPEG is only good and right to save a completed photography after digital processing – and in highest quality and lowest compression. JPEG is never good for saving a fresh camera shot on data space of your camera.

Ever and always you need to take home the rough data in any RAW-formate! Never be satisfied with less than RAW!

See my video on Youtube to see examples and to hear some comments on why you should never use JPEG to save your shots on camera!